How Do You Spell Pain Relief?
by

Read How Do You Spell Pain Relief? by to learn more about Hawk Nation Health Center and our Chiropractic office in Manchester, IA. 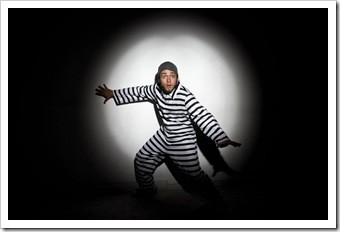 Carefully listen next time you are watching television, and a new drug is being advertised. The last 20 seconds after the sell is the long list of side effects. Wow! The effects are far worse than the condition they are treating.

By comparison now, the simple over-the-counter pain relievers look virtually harmless. Unfortunately, it is those low dosage pain relievers that mask the pain, which is the body’s alarm system that alerts you when a limit of dysfunction has been reached, and the body is no longer equipped to handle the activity and unable to adapt further.

If you take painkillers regularly, you are not alone. Unfortunately far too many of us rely on these drugs to mask the pain, until the point of complete dysfunction.

What Is The Problem With Painkillers?

Acetaminophen, sold under the brand name Tylenol, among others, may be among the most dangerous medicines on the market. That’s alarming as almost every household has a bottle of this and does not think twice about using it.  Acetaminophen overdoses are the leading cause for calls to Poison Control Centers across the U.S., with upwards of 100,000 cases per year. This statistic includes 56,000 emergency room visits, 2,600 hospitalizations and an estimated 458 deaths due to acute liver failure.

Am I Taking Medication At A Toxic Level?

Acetaminophen can be much more dangerous than you previously suspected because it can be toxic to your liver even at recommended doses when taken daily for just a couple of weeks.  The risk of severe liver damage or death increases significantly if you:

How Long Is Too Long?

Unfortunately, dosage and misuse have been statistically recorded and reported for over fifty years. The problem is that acetaminophen is considered relatively safe when taken as prescribed as the margin between a safe dose and potentially lethal one is minimal.  An FDA advisory panel recommended adding a warning label about liver damage to acetaminophen as early as 1977, but it was not done until 2009.

It has been only in the last five years that the FDA finally issued a statement urging doctors and other health professionals to discontinue prescribing and dispensing prescription combination drug products that contain more than 325 milligrams (mg) of acetaminophen per tablet, capsule, or other dosage units. They also go on to say that no evidence is found that by taking a higher dosage there is any benefit that outweighs the risk of severe liver damage.

A High Dose of Natural Health

Here at our practice, our expert team understands the pain that you are suffering with and we are here to help you break the bad habits of masking the pain and begin your healing process by addressing the cause.  Call today before your health suffers another self-inflicted setback!